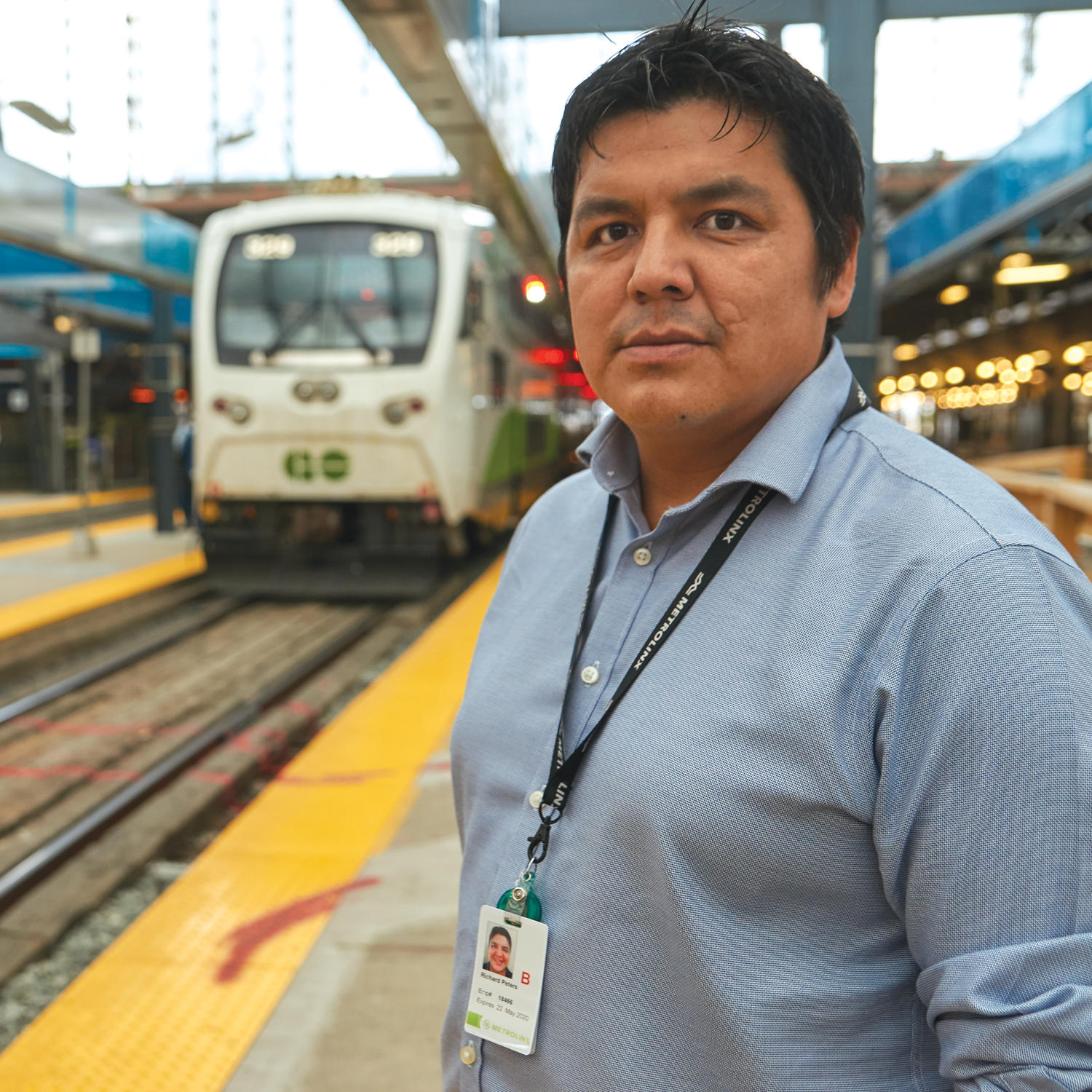 RICHARD PETERS is from two different areas, Tadoule Lake, Manitoba and Chimnissing, Ontario (Beausoleil First Nation). He grew up mostly in Ontario so, he self-identifies as belonging to the latter land base. Or rather, he prefers to say, “I identify as a Free Range Anishnabek…not a person of Off Reserve Status which would be the colonial designation”

Richard has been a client at Miziwe Biik for many years, first noticing the Centre when he was accessing services next door at Anishinawbe Health Toronto. Prior to moving forward with his training and career goals, Richard realized back then that he had personal work to do through counselling and ceremonies. He had to overcome a past affected by intergenerational trauma and addiction. Once he built a strong cultural foundation he was able to start a healing process that allowed him to transition into a demanding post secondary program. This was a challenge that would prove to be less intimidating after facing the steps to recovery.

Once he was ready to move forward with his studies, Miziwe Biik helped him by supporting his schooling through funding for books, supplies, and transportation and the provision of post secondary bursaries. The Centre also provided funding for an application for a Records Suspension (pardon) and driving lessons so, he could continue to advance without apprehension or impediments.

Currently, Richard is working as an Engineering and Design Standards Intern at Metrolinx. He was hired on for a one-year contract one month after graduating from a Civil Engineering Technology program. The majority of his work is more theoretical than the hands on tasks that his program prepared him for. But acquiring all of the important on-the-job training helps brings him closer to his original goal of being able to build water treatment plants for Indigenous communities. He has the technical know-how and after five years or so in the industry, he will gain the necessary experience in the areas of Site Supervision and Project Management that will him to undertake such a culturally significant and important community project.

This website uses cookies to improve your experience while you navigate through the website. Out of these cookies, the cookies that are categorized as necessary are stored on your browser as they are essential for the working of basic functionalities of the website. We also use third-party cookies that help us analyze and understand how you use this website. These cookies will be stored in your browser only with your consent. You also have the option to opt-out of these cookies. But opting out of some of these cookies may have an effect on your browsing experience.
Necessary Always Enabled
Necessary cookies are absolutely essential for the website to function properly. This category only includes cookies that ensures basic functionalities and security features of the website. These cookies do not store any personal information.
Non-necessary
Any cookies that may not be particularly necessary for the website to function and is used specifically to collect user personal data via analytics, ads, other embedded contents are termed as non-necessary cookies. It is mandatory to procure user consent prior to running these cookies on your website.
SAVE & ACCEPT