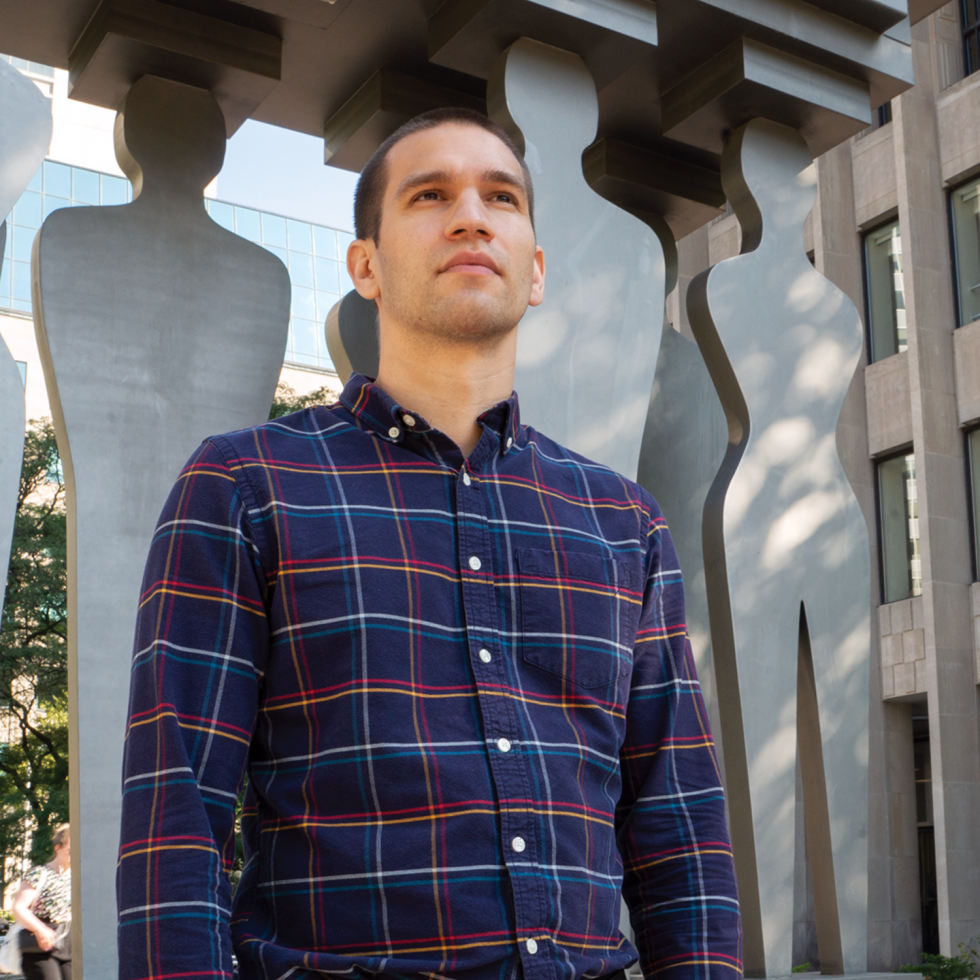 JOEL MORALES is a member of the Cowichan Tribes, located on Vancouver Island. He grew up in an urban environment with the Trans Canada Highway cutting a swath through the Reserve. When it was time to complete his university studies, Joel set off across Highway 1, accompanied by his sisters. Ending up in Ottawa, he entered the law program at the University of Ottawa. In his final year, he completed a one month Indigenous specialization unit at Osgoode Hall Law School in Toronto which included a one week session in Belize studying the Indigenous Rights of the Mayan people.

After law school, each student is required to work for 10 months in a legal setting in order to get licensed to practice law. Joel settled in Toronto where he was able to find an articling position with Aboriginal Legal Services. There he was informed that Miziwe Biik funded positions at the agency. Douglas Varette, an ALS staff lawyer and a previous Miziwe Biik Success story, had previously received funding for his articling position at ALS. Cultural Rights and community legal services are essential in a complex urban environment such as Toronto where the Indigenous community is diverse and growing. Support for training and employment in the legal and social sectors contributes to the well-being of our youth, individuals, families, and organizations.

While articling at ALS, Joel was able to gain experience in a number of areas of law. He was able to work with numerous clients, and had the opportunity to appear at different tribunals to represent them. Tribunals are dispute resolution processes where an arbiter or judge reviews evidence to determine rights solutions between the parties. ALS represents clients in a number of Ontario tribunals which cover a broad range of issues such as Child and Family Services and Human Rights. After completing his articling position at ALS, Joel received his license to practice law and was called to the Bar of Ontario. Soon after, he accepted a position at Olthuis Kleer Townshend LLP, a Toronto firm focused on Aboriginal rights